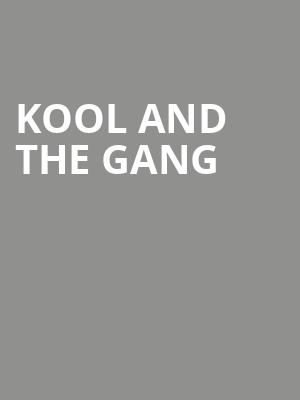 Kool and The Gang

The 'Celebration', 'Ladies Night' and 'Get Down On It' hitmakers

Why See Kool and The Gang?

The kings of feel-good vibes and funky grooves, Kool and the Gang scored some of the most iconic hits of the disco era. Their signature tune is of course 'Celebration', and they were also part of the Saturday Night Fever phenomenon, with their track 'Open Sesame' featuring on the massively successful soundtrack. Quentin Tarantino gave the band a second lease of life in the 1990s by including 'Jungle Boogie' in Pulp Fiction, and 'Ladies Night' remains a go-to track for bachelorette parties the world over.

Today the group, which still feature original members Robert and Ronald Bell, are as a prodigious live act as ever. Catch their brassy brand of sunshiney soul and RnB when they hit the road this year!

Sound good to you? Share this page on social media and let your friends know about Kool and The Gang at Schermerhorn Symphony Center.