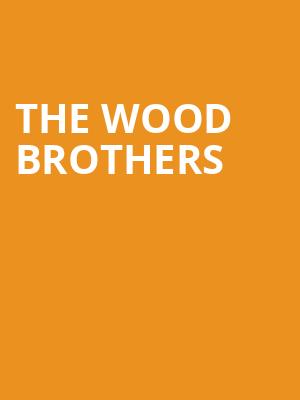 Chris and Oliver Wood, joined by drummer Jano Rix, put on one hell of a show! The musicianship of these guys is crazy, imaginative and impressive.

Why See The Wood Brothers?

one drop of truth

Folk-rock trio The Wood Brother set off on another set of live dates in 2022 in support of their self-produced and self-recorded album, 'One Drop of Truth'. Catch Oliver, Chris and Jano as they bring their bluesy sound to you. Set to release their eighth record in January, you can expect to hear hits old and new!

The brothers enjoyed their own solo success as the result of 15 years making music separately before joining forces for their debut in 2006. The pair realized that they were meant to record and perform together as an act after a show in North Carolina and today are noted for their fusion of funk, rock, country and blues.

I’ve followed the Wood Brothers for over a decade. Seen and heard them... more

Sound good to you? Share this page on social media and let your friends know about The Wood Brothers at Ryman Auditorium.