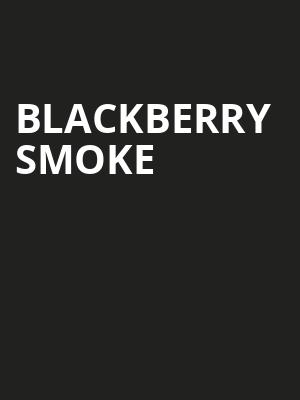 Just what kind of band are Blackberry Smoke? The first answer, as evidenced by opener Waiting For The Thunder, is blood-and-guts rockers.

With a musical style as diverse and colorful as their fragrant name, Blackberry Smoke effortlessly blend Southern-fried blues rock with country and a sprinkling of gospel and RnB for good measure. This heady sonic infusion has seen the bearded quintet blast out of their hometown of Atlanta, Georgia and onto world stages in recent years. Don't miss them as they hit the road again.

Fresh from a Summer tour with jam band legends Gov't Mule, the outfit is set to take a victory lap with this tour to celebrate Like An Arrow hitting number one on the Billboard Country Album charts shortly after its release in 2016 October. Expect smoldering blues riffs, a fair share of flaming licks and whole lotta good old fashioned country rock!

Sound good to you? Share this page on social media and let your friends know about Blackberry Smoke at Ryman Auditorium.