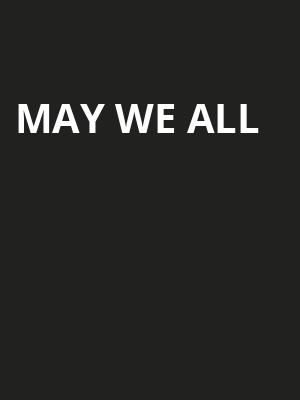 A celebration of America's heartland and all things country music!

Why See May We All?

The sound of a quarter rollin' down a jukebox

A brand new musical is set to debut in Nashville in 2022! May We All is set to be a jukebox musical like no other, a celebration of some of the greatest country music there is including Tim McGRaw, Kenny Chesney, Patsy Cline, Johnny Cash, Dolly Parton, Keith Urban, Shania Twain, Kacey Musgraves and, of course, Florida Georgia Line. Though that's not even nearly a full list... the soundtrack really reads like a Who's Who of Country Music, making this brand new musical a real MUST-SEE for all country music fans!

Based on the hit Florida Georgia Line song of the same name, May We All is also partly produced by band member Brian Kelley. The chance to experience this new musical right here in Music City itself, aka Nashville, Tennessee, is another unmissable opportunity. Although the production intends to tour the rest of the USA, there'll only be a few people who can say "I was there when it all started". This Nashville run comes after an initial developmental production in Memphis.

Kinda place you can't wait to leave but nobody does

May We All weaves country hits throughout its story of chasing hope and big dreams in small-town America. Hopeful country-singer Jenna Coates returns to her hometown, tail between her legs, after a failed attempt at making it big. Is this the end of the road for her aspirations? Or is there more to what's behind her - and where she's from - than she's ever realised. Although billed as "a celebration of America's heartland", this is one musical that will resonate with you no matter where you're from!

Seen May We All? Loved it? Hated it?

Sound good to you? Share this page on social media and let your friends know about May We All at James K Polk Theater.