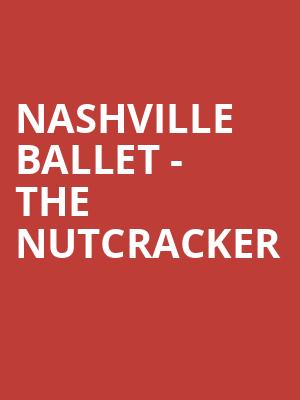 All images, graphics and logos are property of the production

Nashville Ballet ushers in the holiday season in glorious fashion

Why See Nashville Ballet - The Nutcracker?

Paul Vasterling's original concept and choreography debuted as Nashville's Nutcracker in 2008. The production celebrates the city's rich history and personality, complete with characters inspired by well-known local residents, such as President Andrew Jackson, Vanderbilt University Chancellor James Kirkland and the actress Lucille La Verne, a Nashville native who provided the voice of the witch in Disney's Snow White and the Seven Dwarfs.

Set in 1897 Nashville, Clara visits the Centennial Exposition, where she meets an exotic cast of characters from far-away lands displaying their wares from around the world. It is there that her magical Uncle Drosselmeyer buys her a very special gift a wooden nutcracker from Germany.

The Nutcracker comes to life after Clara falls asleep, leaving us with the question are her subsequent adventures just a dream or are they real? During her adventures, she visits a series of magical worlds where she encounters an array of diverse characters she previously saw at the Centennial Exposition, including the Snow Queen and King and the Sugar Plum Fairy and her Cavalier.

Nashville's Nutcracker features members of the NB's professional company, the second company and 150 members of a youth cast full of sheep, dolls, bon-bons and other whimsical characters.

Suitable for children all ALL ages!

1 hour and 50 minutes including a 20-minute intermission

Seen Nashville Ballet - The Nutcracker? Loved it? Hated it?

Sound good to you? Share this page on social media and let your friends know about Nashville Ballet - The Nutcracker at Andrew Jackson Hall.