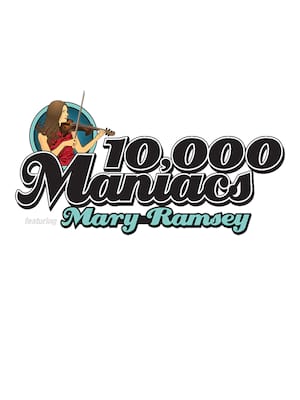 Their live shows embrace their entire catalogue, and the lineup is still anchored by four of the six original members.

Alternative rock band 10000 Maniacs formed in 1981 in New York and saw the height of their success from 1987 and 1993, alongside the albums 'In My Tribe,' 'Blind Man's Zoo' and 'Our Time in Eden.' The band prepare for their American tour, three years after their last release 'Live at the Belly Up,' a live album.

Over their 39-year career, 10000 Maniacs have released nine studio albums, six EPs and five live albums. In 1989, they received the songwriter category prize at the New York Music Awards. The band's biggest hits are 'Because The Night, 'More Than This' and 'Trouble Me.'

Sound good to you? Share this page on social media and let your friends know about 10000 Maniacs at City Winery Nashville.